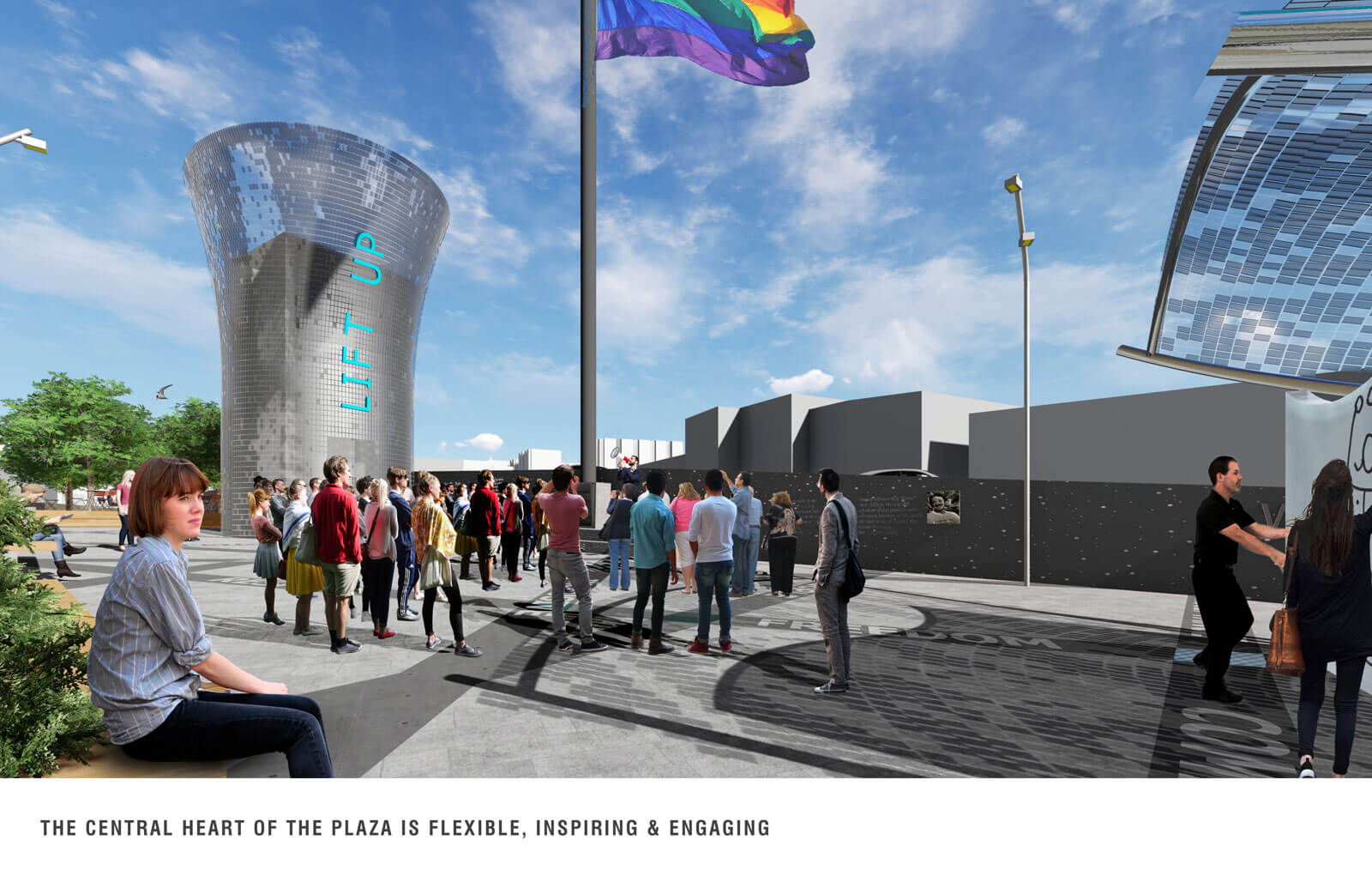 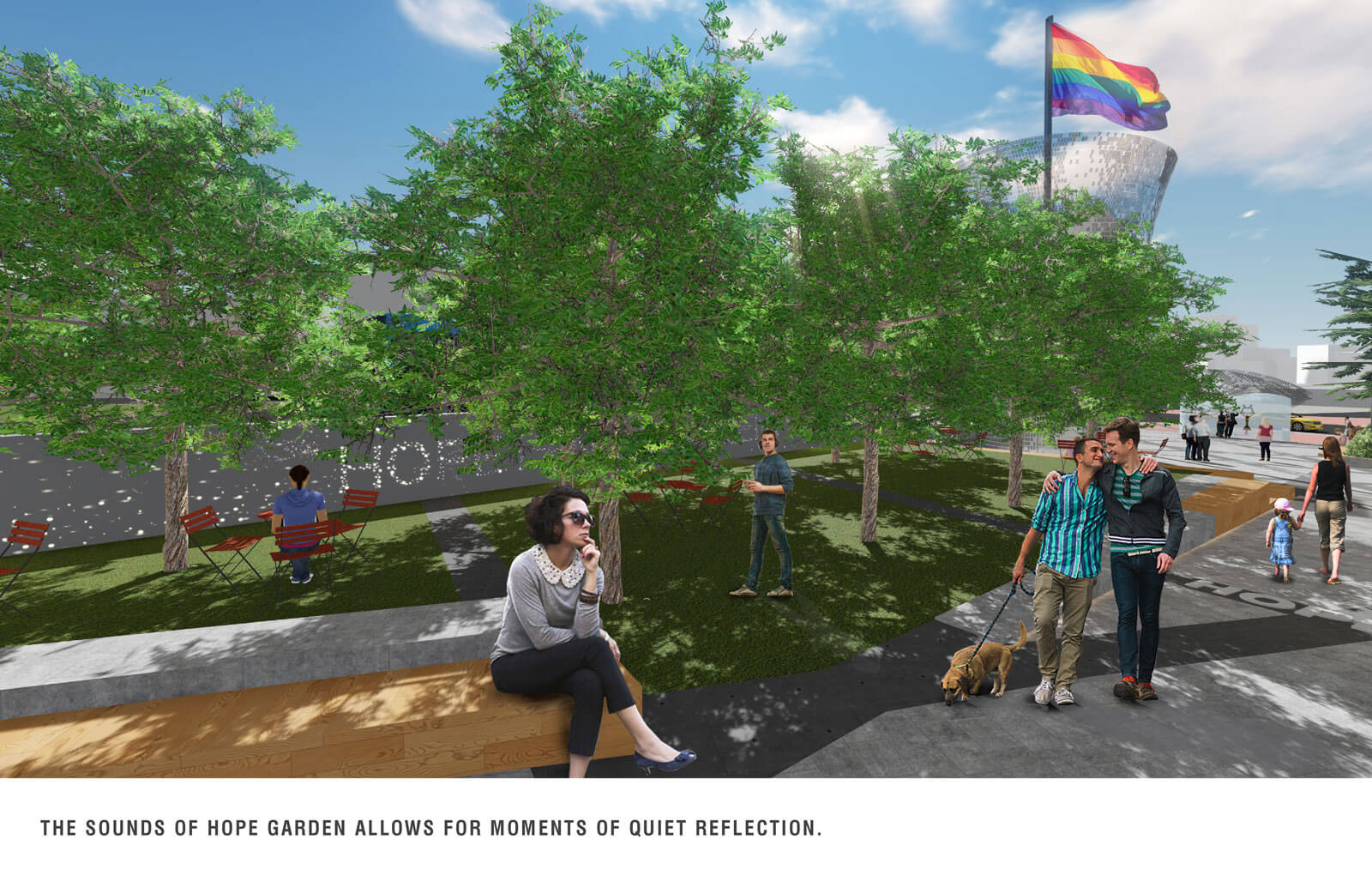 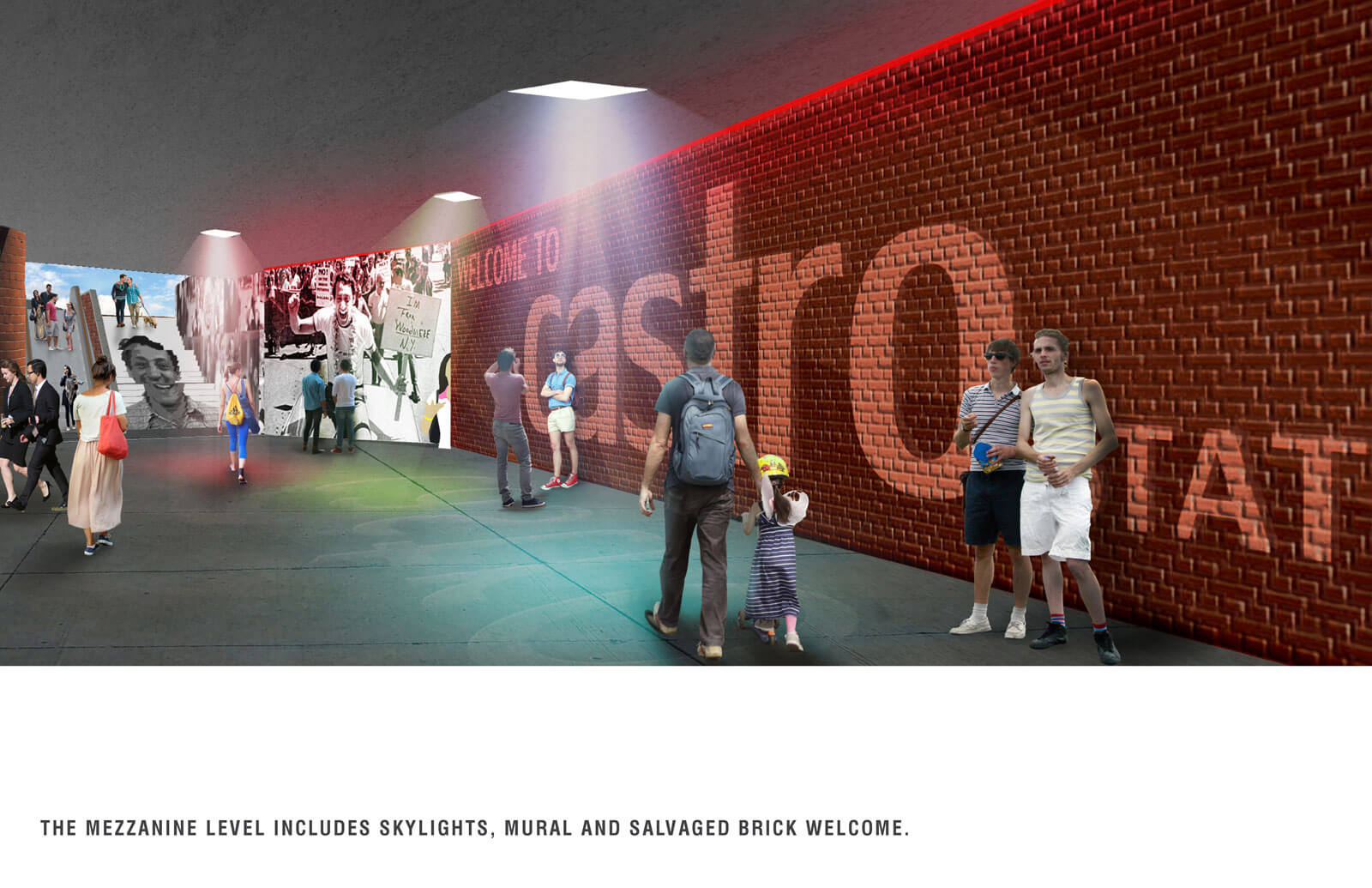 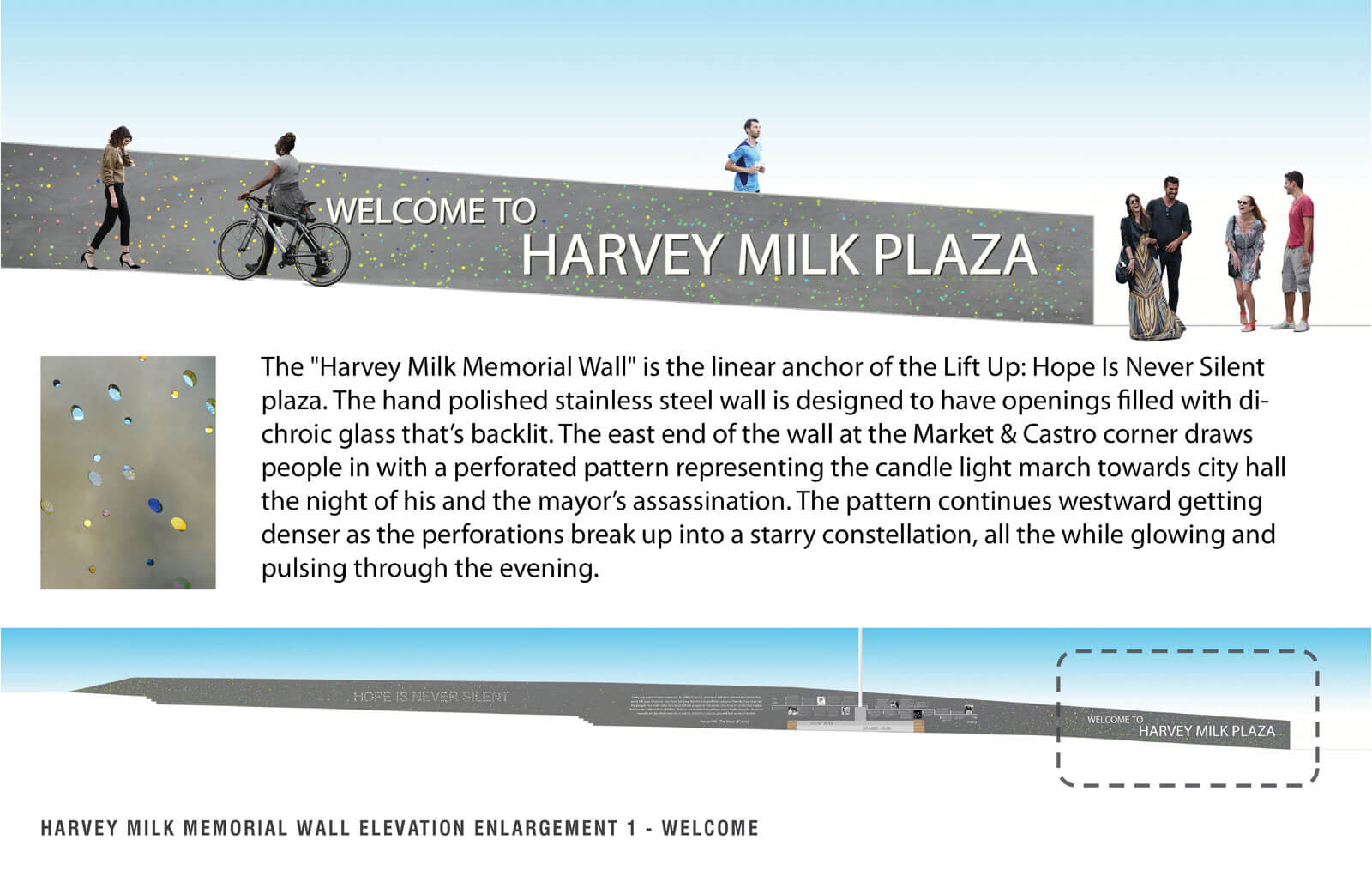 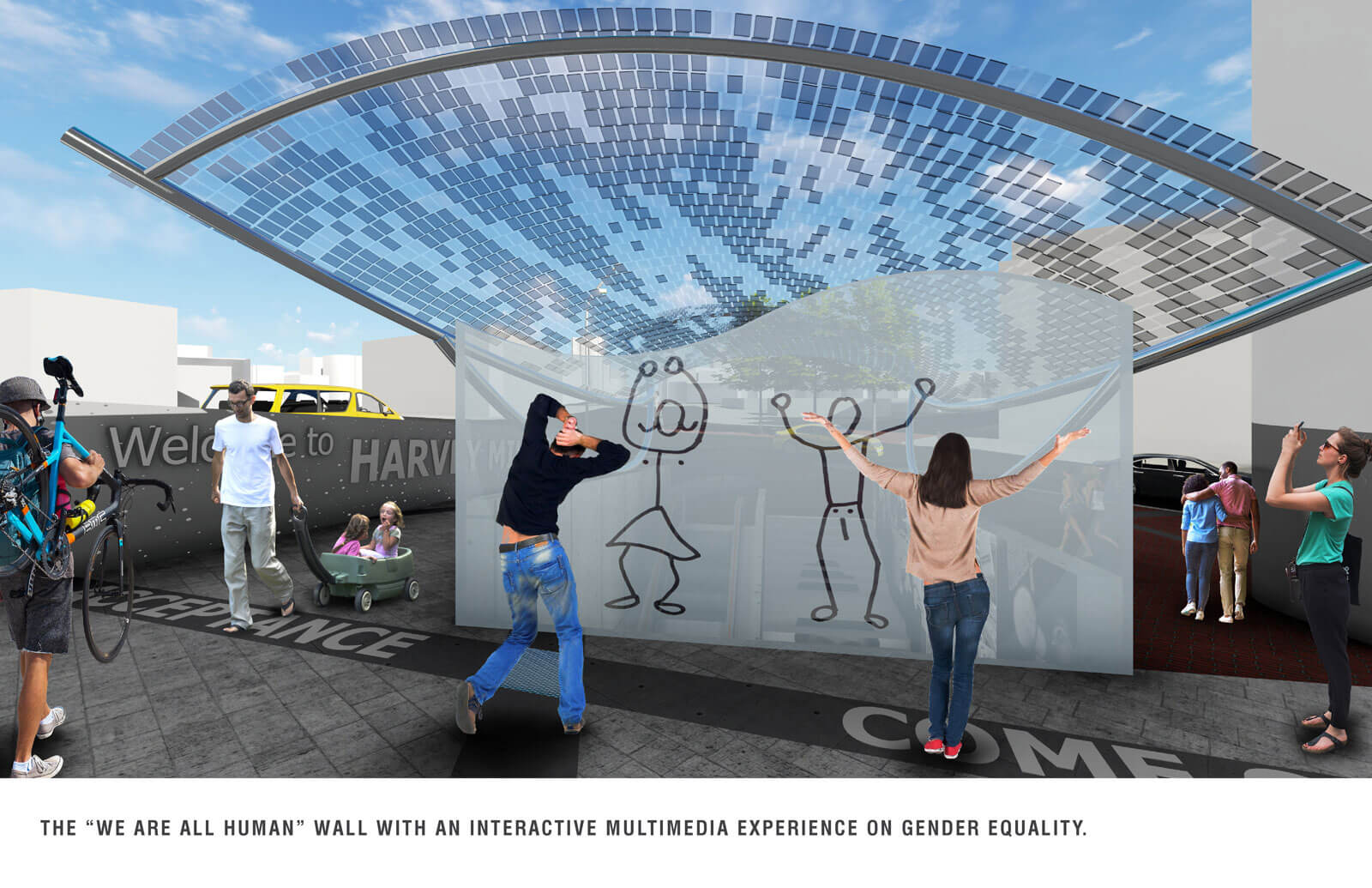 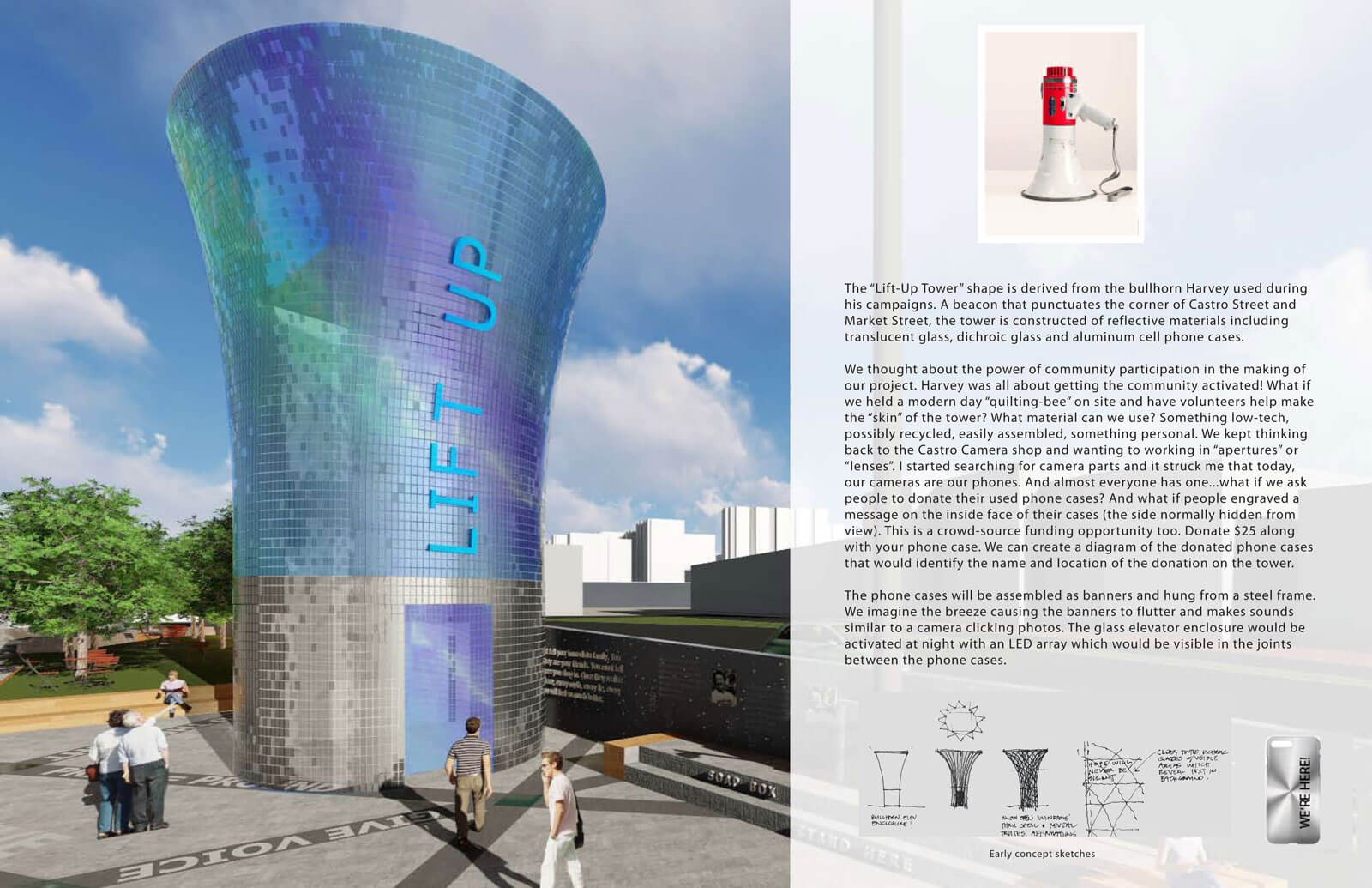 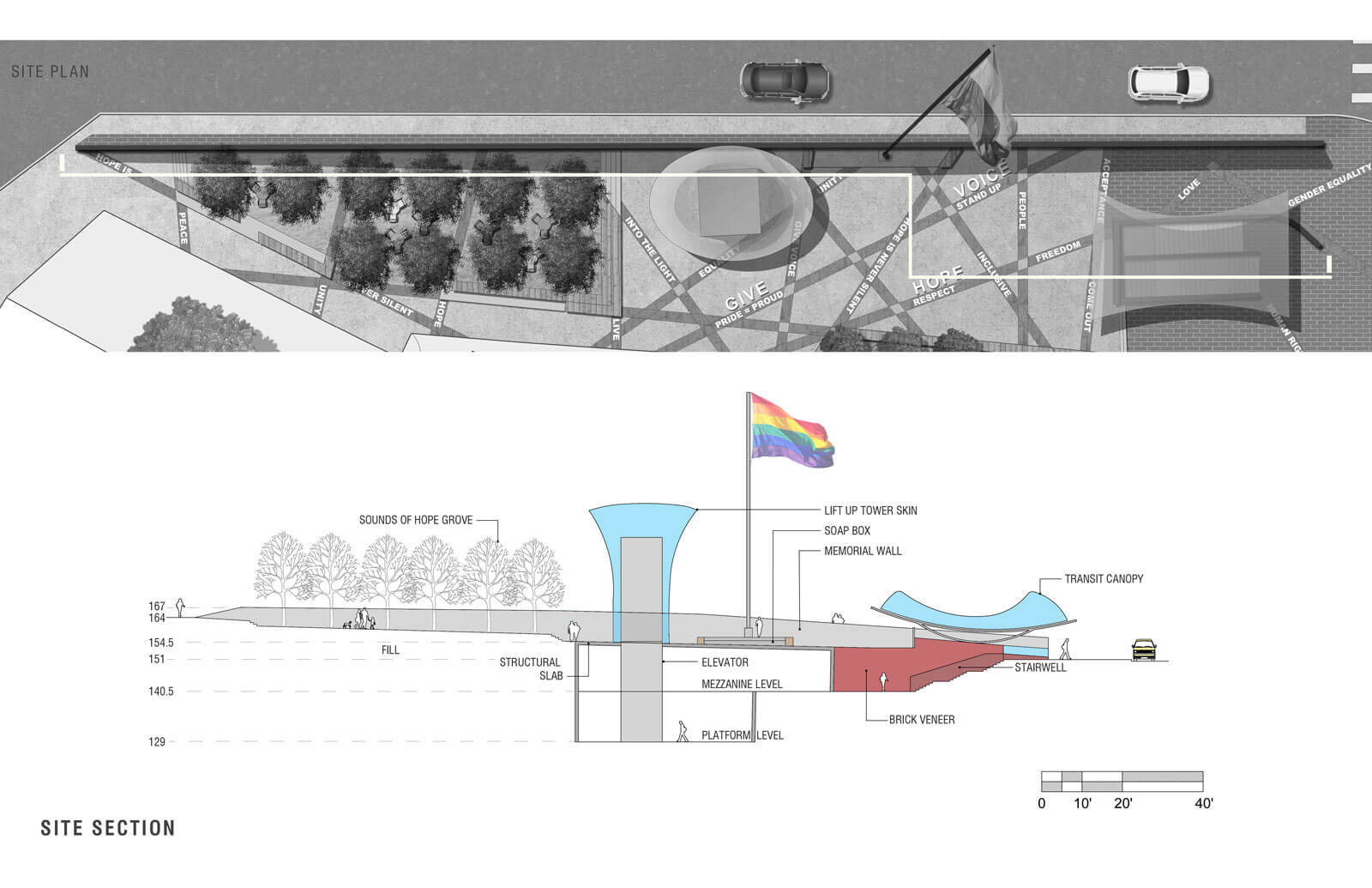 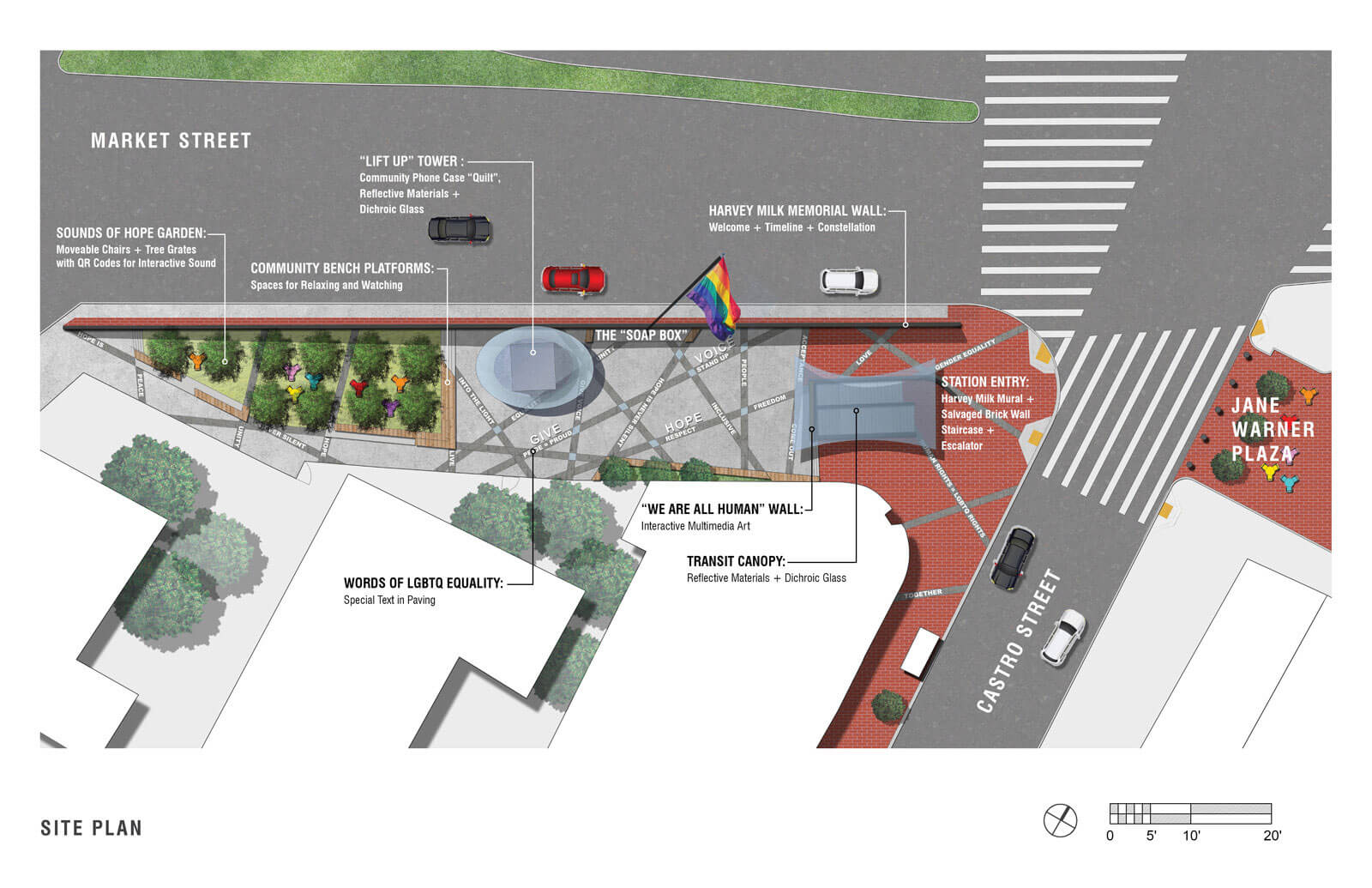 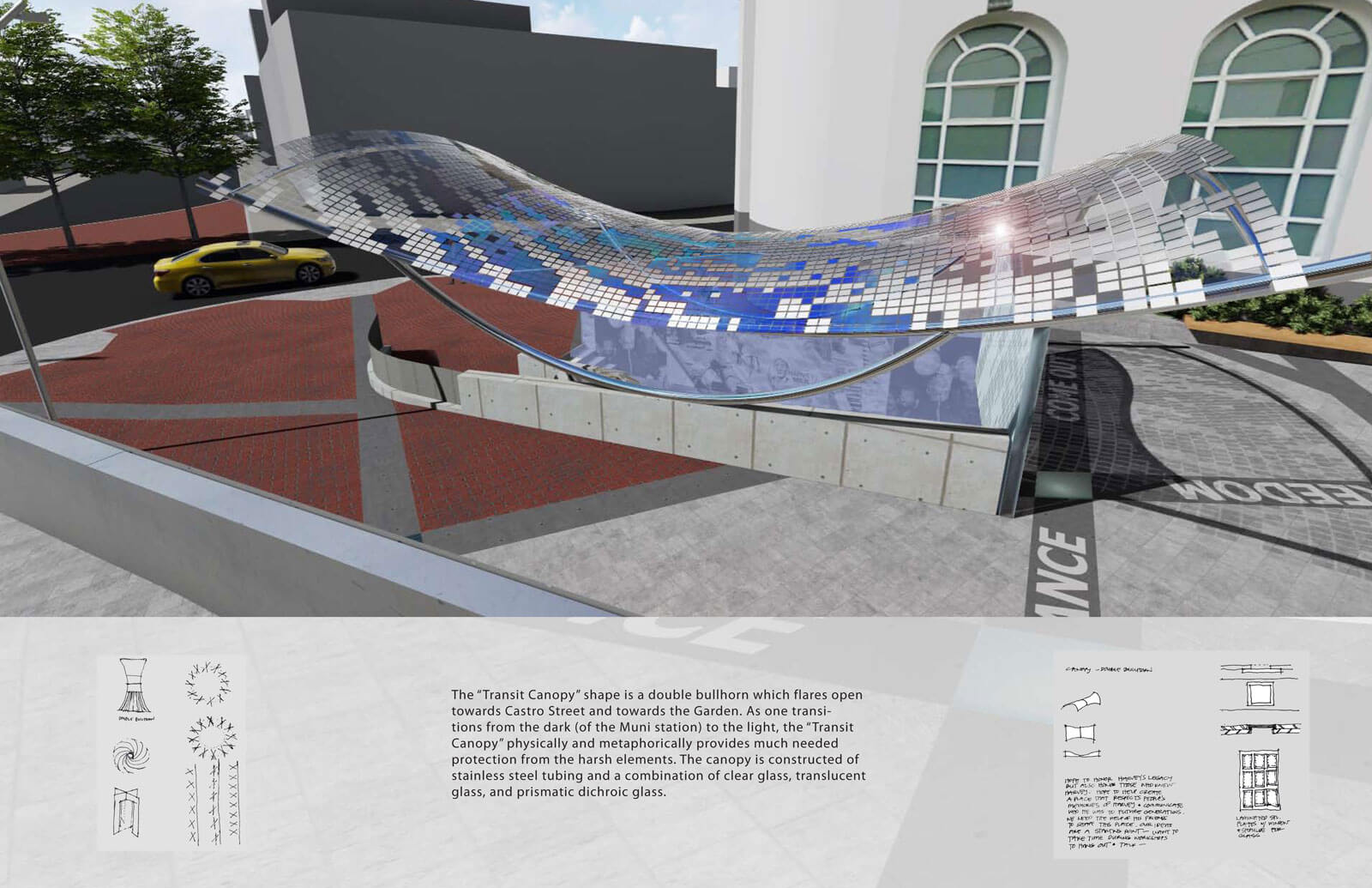 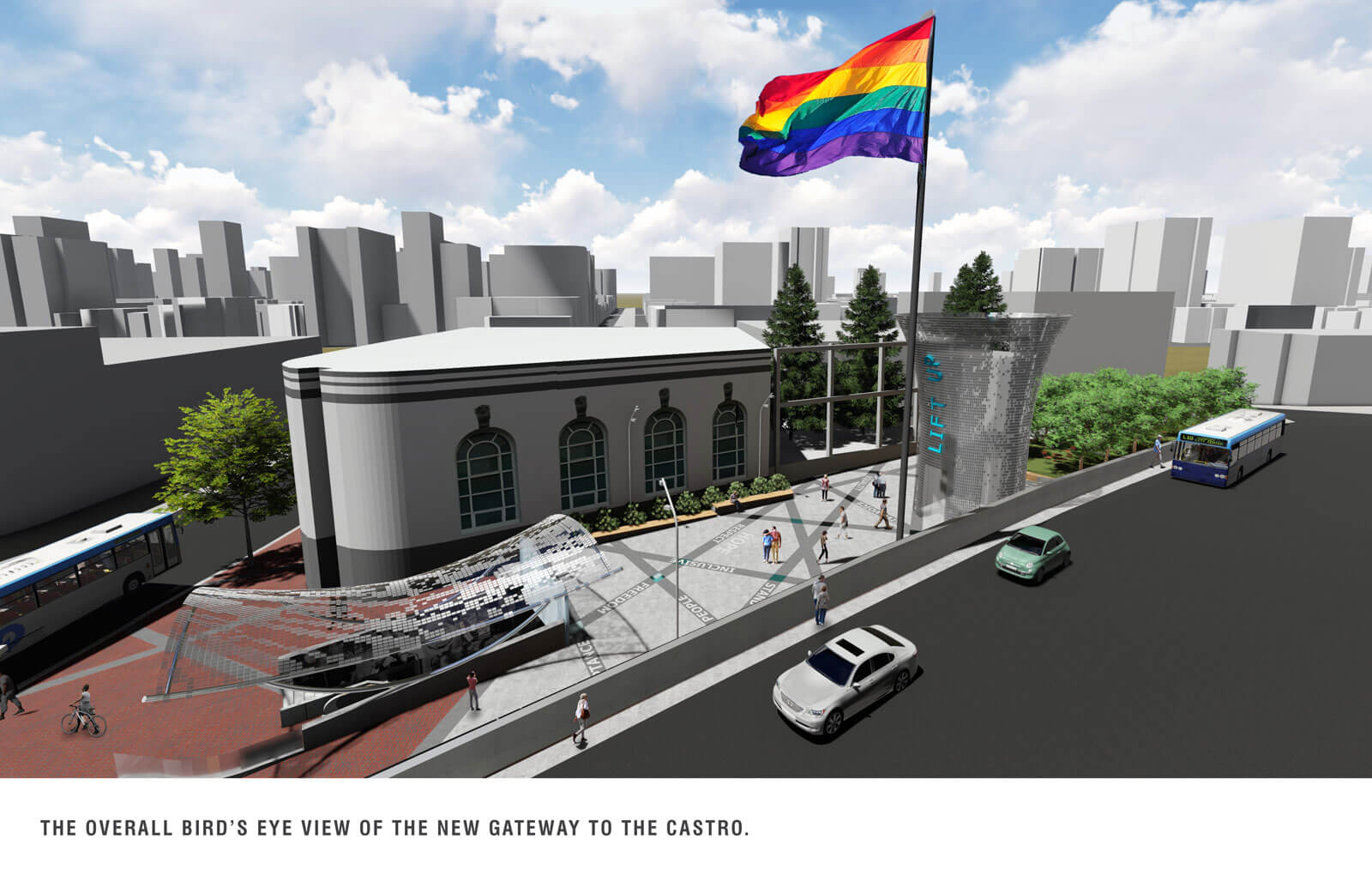 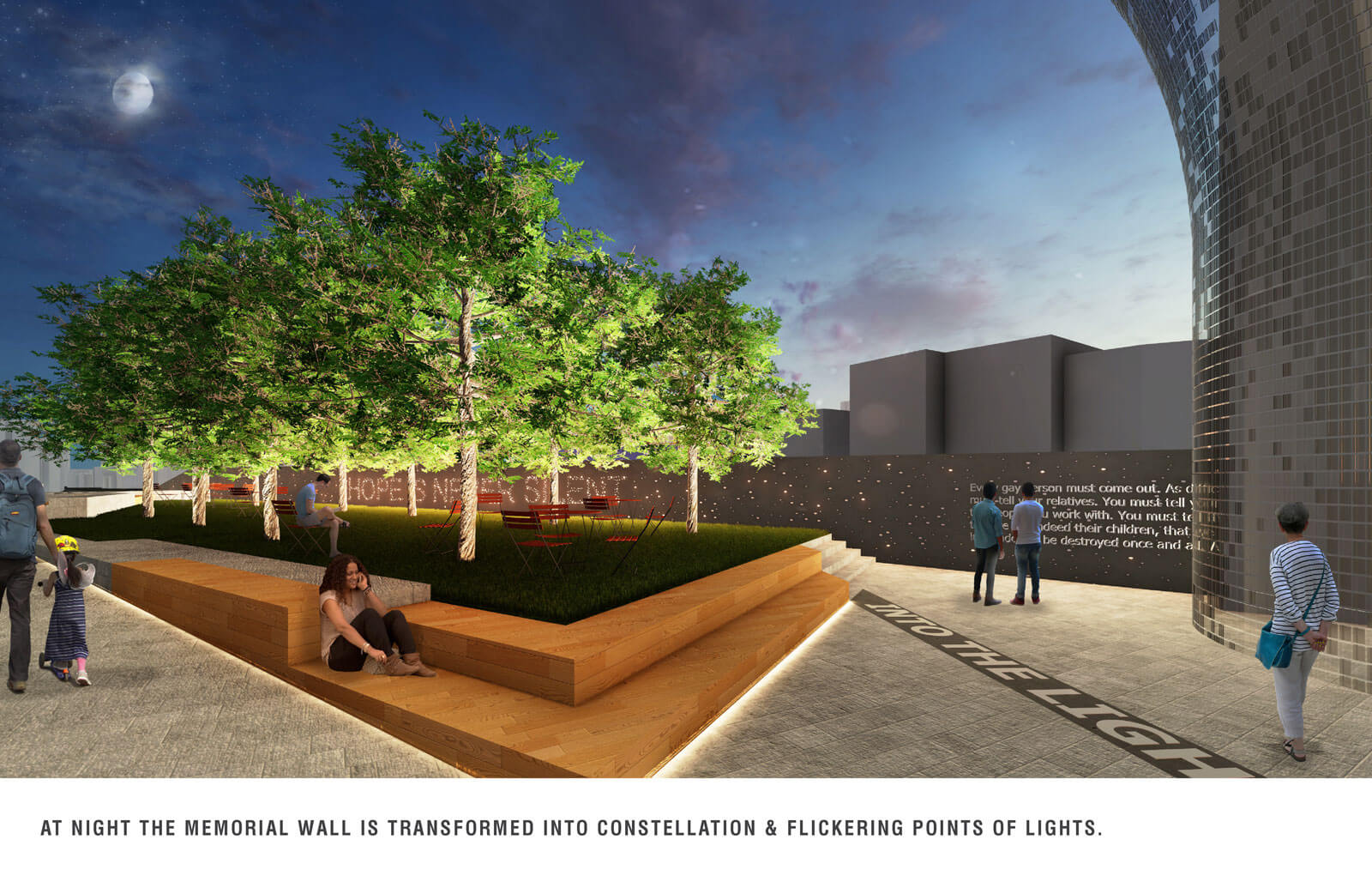 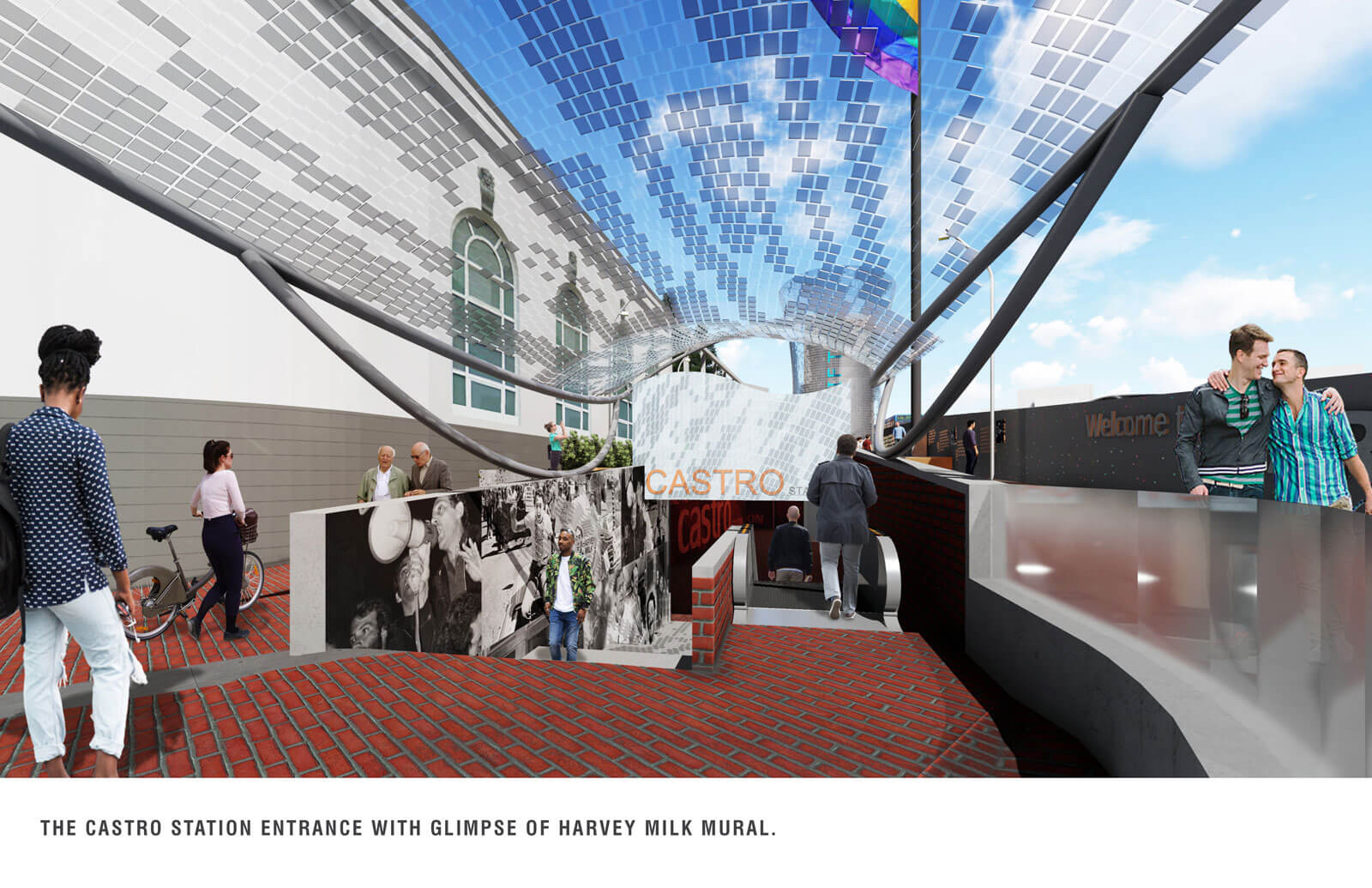 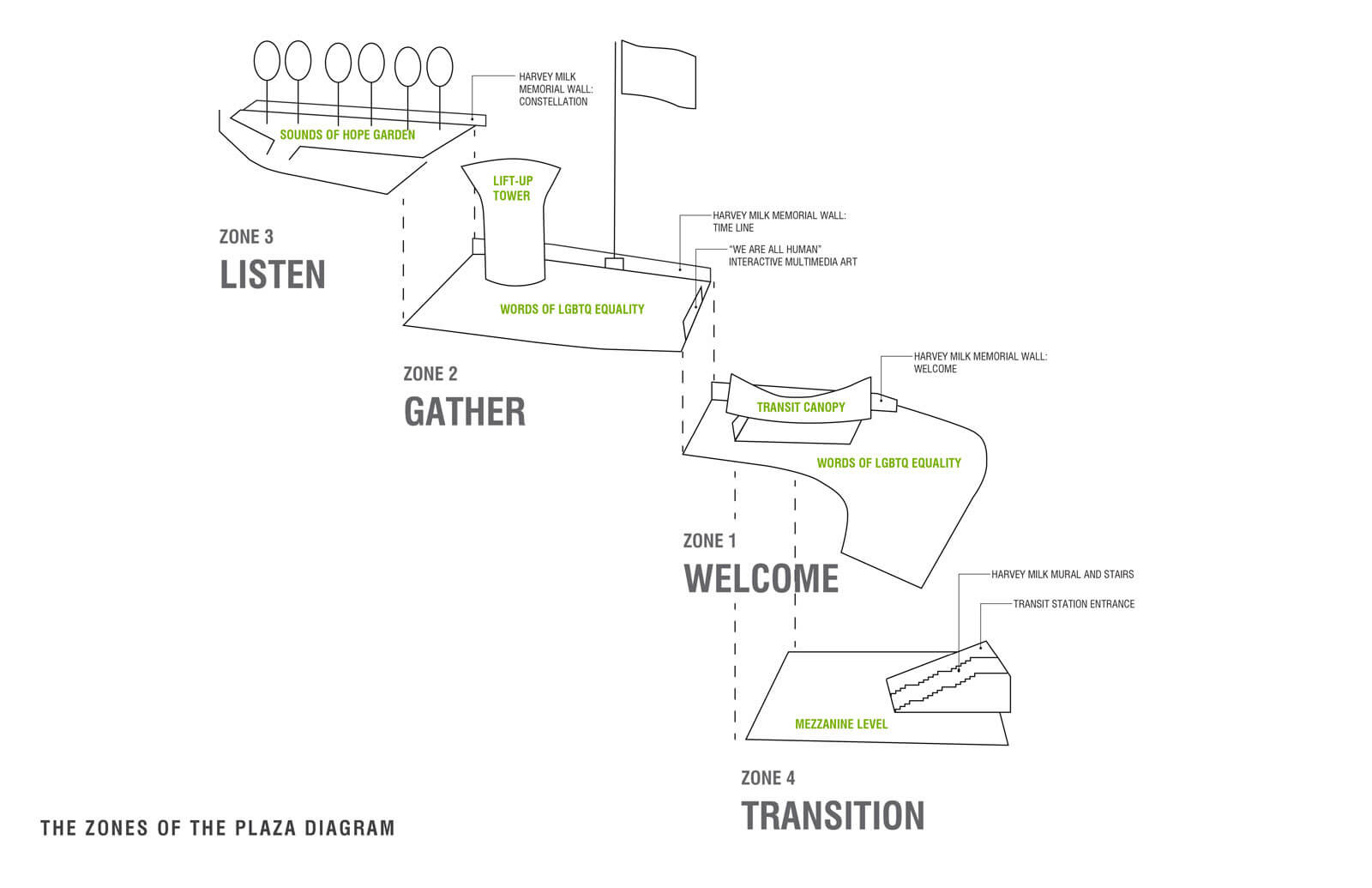 Castro Street is the commercial and social heart of the most famous gay and lesbian neighborhood in the world. The goal of the Harvey Milk Plaza competition was to develop ideas to build a true plaza to commemorate Harvey Milk and bring international attention to the significance of one man as a symbol of San Francisco’s LGBTQ rights history. The design included the expansion and redesign of the existing plaza areas to create a space with an urban scale that is coherent as a unified design, a usable gathering space and a memorial to Harvey Milk.